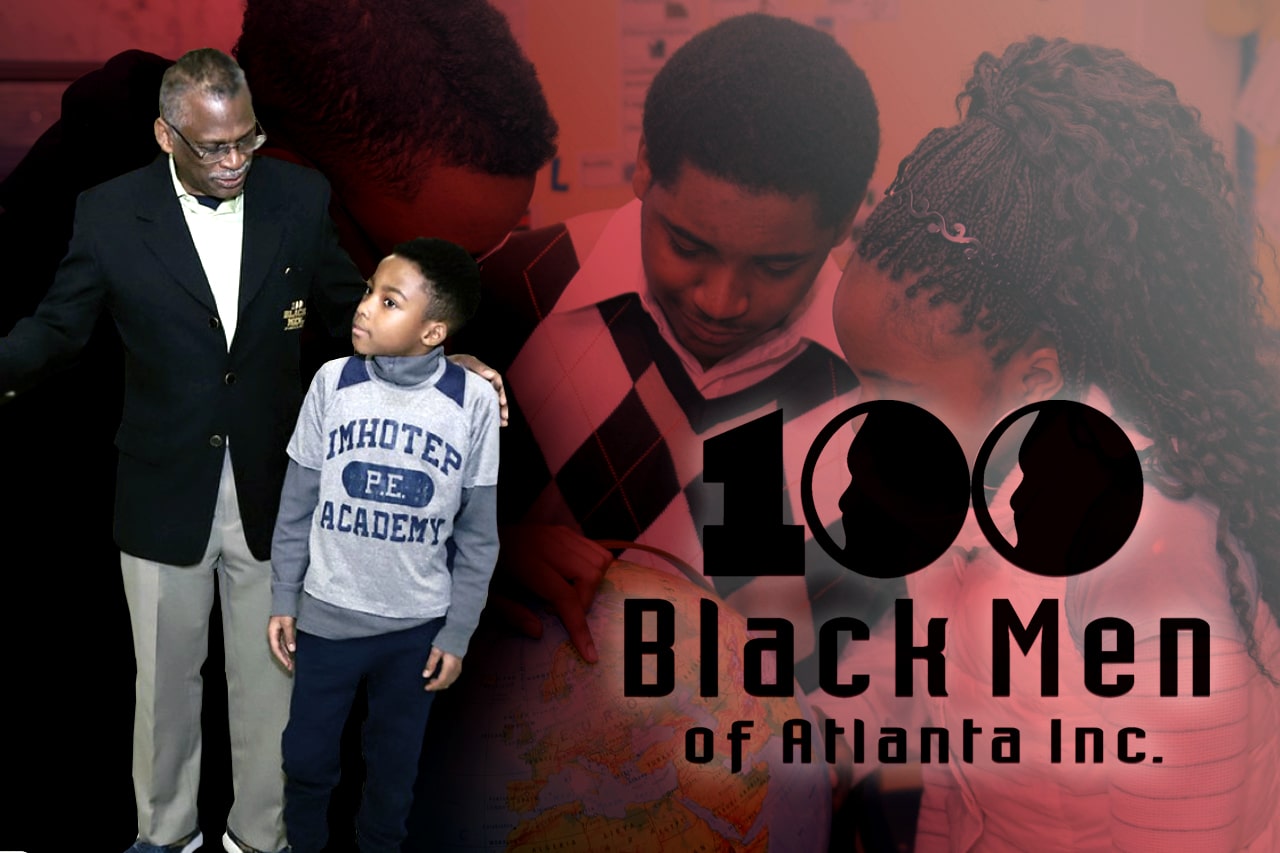 ATLANTA, GA (July 3, 2021) – 100 Black Men of Atlanta has been named the “2020 Large Chapter of the Year” by the national organization, 100 Black Men of America, for its leadership in four focus areas that continued despite the challenges of this past year.

The four categories are mentoring, education, health and wellness, and economic empowerment. The chapter rose to meet the year’s challenges by continuing its commitment to serve, Kevin Gooch, the chapter’s chair wrote in the 2020 Impact Report:

“Hand-in-hand with the global health pandemic, our country had to face the ugliness of systemic racism, police brutality and racial injustice as the world watched. For the 100 Black Men of Atlanta (100 BMOA), we knew that the moment called for our leadership and renewed commitment to our students, their families and this community that we served. We boldly leaned into the moment and accepted the challenge to do more!”

“We’re incredibly proud to receive this award, but a big part of why we won is the commitment and dedication of our members and sponsors,” Louis Negron, executive director and chief operating officer of the Atlanta chapter, said in a statement.

NASA scientist/inventor Lonnie Johnson is among those who continued to work with the chapter in 2020, through his organization that’s been working with Atlanta’s youth for more than a decade, the Johnson STEM Activity Center.

Though Johnson has a masters degree in nuclear engineering from Tuskegee University, he may be best known as the inventor of the Super Soaker water bazooka. He came up with the idea while working in his basement bathroom on a refrigeration system that used water instead of hazardous Freon, according to a story by biography.com.

A parent, Afua Saafir, provided this testimony, in the annual report, about the role of Johnson and other 100 BMOA mentors in his children’s learning:

“Mr. Bart, Coach Tucker, and Dr. Lonnie Johnson, along with far too many mentors and students to name here, have made a permanent impact on the lives of those in our family….

“Dr. Johnson, Mr. Bart, and Mr. Tucker set a strong example of what it means to work hard and give back to the community with great passion and zeal. They are changing lives one student at a time. Our sons are not only learning about building and programming robots, practicing teamwork, and representing themselves and the alliance in the larger world, but most importantly, they are seeing firsthand how to give of themselves to those coming behind them.”

The chapter cited the following accomplishments in 2020, according to the statement: