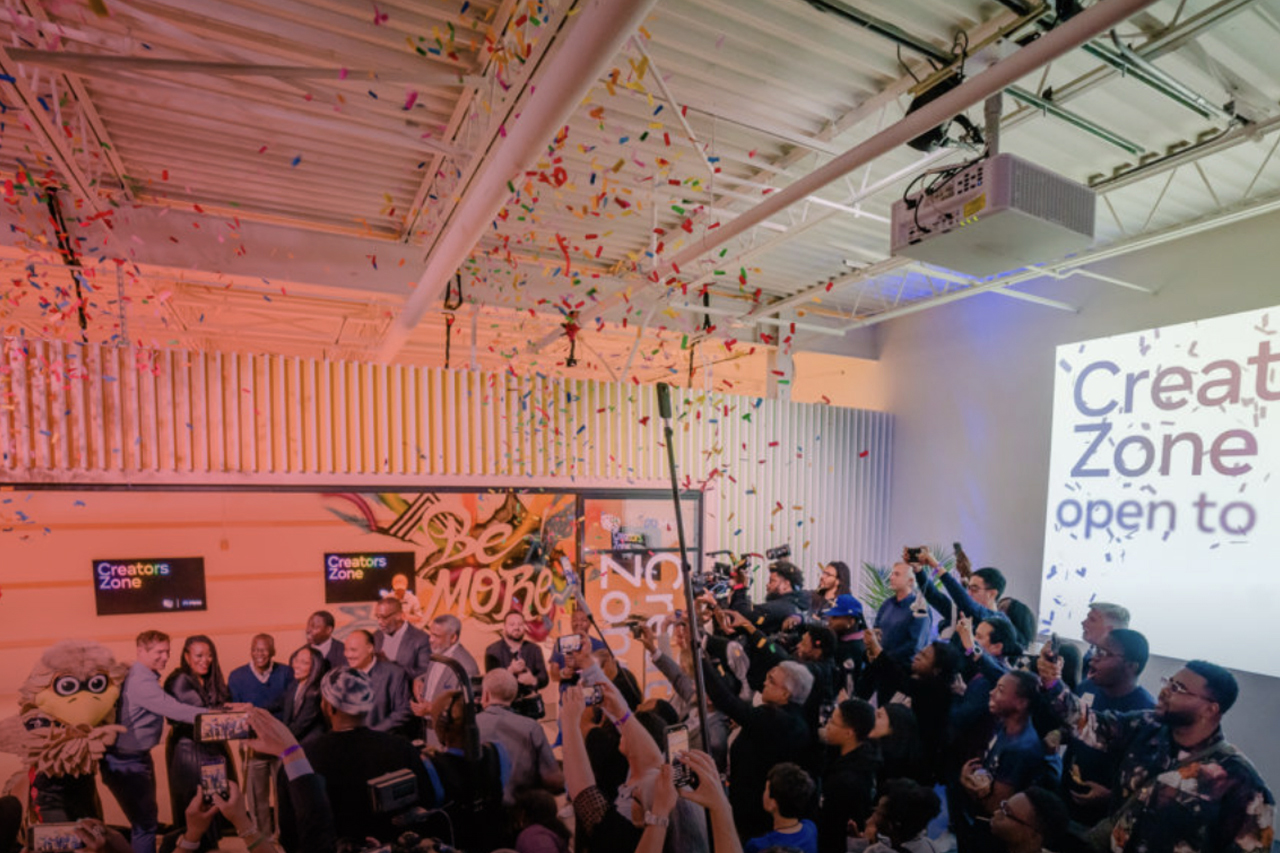 From an article by Maija Ehlinger for Hypepotemus.

Steve Young and Jerry Rice connected for a record-setting 92 touchdowns as a legendary quarterback-wide receiver duo in the NFL. Now, the former 49ers and three-time Super Bowl champions are teaming up again…but this time in Falcon territory.

The two are part of launching the “8 to 80 Zones / Creator Zone” inside the Johnson STEM Center. The Zone is part of a wider effort to inspire more kids to pursue careers in technology, gaming, AR/VR, and media while also addressing representation across STEM career paths.

“Jerry had this incredible idea of bringing technology to the inner city, where the playing field isn’t level,” Football Hall of Famer Steve Young told Hypepotamus. “And we like level playing fields.”

It is an extension of Young’s and Rice’s work with 8 to 80 Zones, a tech initiative that builds physical spaces for underserved youth across the country. The NFL duo is working alongside Lonnie Johnson, a legend in his own right (the inventor of the Super Soaker and National Inventors Hall of Fame inductee), and tech giant Meta, to get the center off the ground.

The Atlanta center is about giving local teens the resources necessary to “learn, code, create, and compete” with emerging technologies, Young added.

When asked why virtual reality is an important tool to engage underserved youth, Young said he sees it as a “new frontier” and suspects [the technology] will be an “ultimate tool for growth.”

GO INSIDE THE ZONE

In addition to Steve Young, Jerry Rice, and Lonnie Johnson, the opening of the Creator Zone this week was a gathering of  ‘who’s who’ in the Atlanta tech scene. Elected officials, Falcons players, and students from across Atlanta were part of the ribbon cutting ceremony and opening festivities.

The Creator Zone is the latest expansion of Lonnie Johnson’s legacy across the Atlanta tech scene.

The Johnson STEM Activity Center is a nonprofit near Atlanta’s downtown which was founded in 2005 as a robotics education space for underserved youths across the city. The Center now serves over 10,000 students interested in robotics, computer science, e-sports, gaming, and STEM programs.

The space is a free resource for all Atlanta students over the age of 13. If you have kids in your life who would benefit from visiting the center, you can reach out to the team at johnsonstem.org.